Skip to content
Home/Billboard Advertising/The Advantages of Transit Advertising with Billboards?
Previous Next

The Advantages of Transit Advertising with Billboards?

The key to building your business and attracting new clientele is exposure. You can have the best product in the world but if no one recognizes your name, logo, and services, you cannot make it far in the business world. Marketing and advertising is a struggle for many companies, both large and small. Often times the most effective marketing strategies are the most traditional and obvious, specifically billboards. What are the advantages of transit advertising with billboards? The advantages are numerous and will save your company time and money in building your brand and attracting new customers. 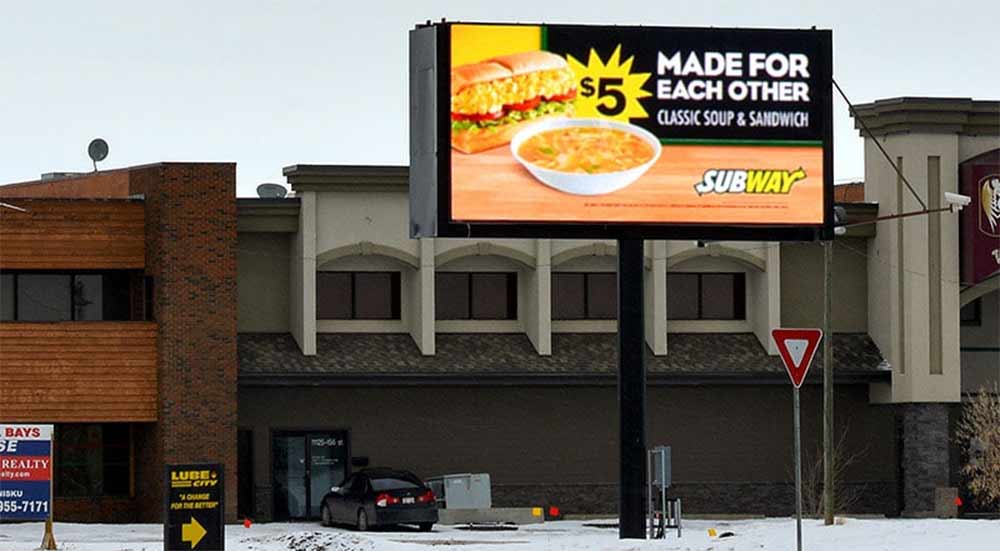 Transit advertising is especially effective because you are targeting potential customers during a time of day when you have their full attention – their commute. In the process of traveling to and from work, potential consumers are in desperate need of distraction and entertainment. Whether sitting in traffic on the highway or waiting for the bus or subway, consumers are in the perfect position to be receptive to your new message.

Transit advertising with LED billboards stands apart from other modes of advertising in that you can target the general public. With digital marketing, consumers receive ads that are targeted towards their interests and prior search history. With transit advertising, you have the advantage of reaching the entire population, allowing you to target folks who may not otherwise be interested or have need for your product. Another advantage of transit advertising is that once your message is up, there is little to no maintenance on your part. You can sit back and watch your business gain momentum and ultimately see sales increase. 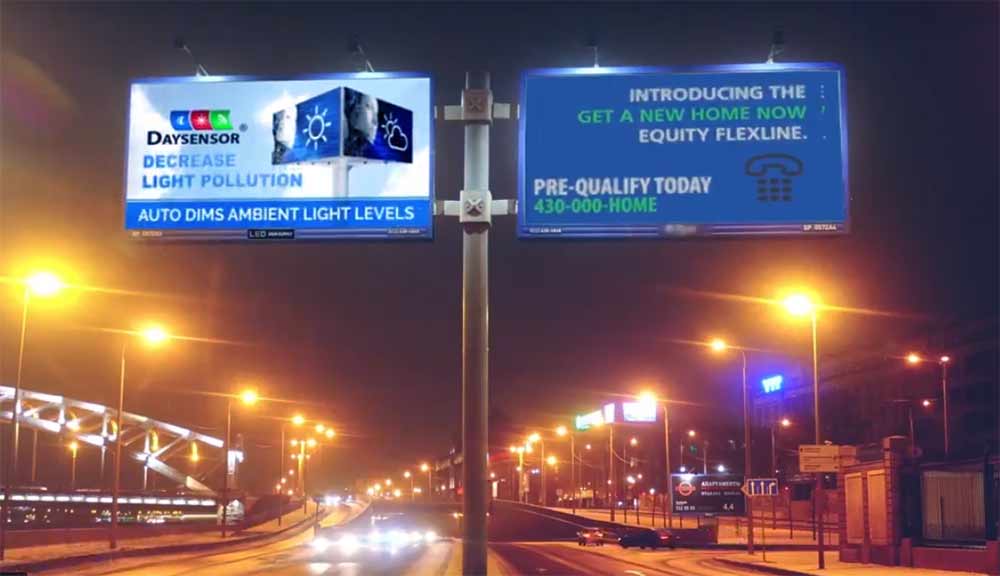 Why is Billboard Advertising Important

The average commuter in the United States spends anywhere between twenty five minutes to an hour in the car, going back and forth to work on a daily basis. Most commuters dread this down time in their car but advertisers take delight in the fact that they have a captive audience to pitch their products and services to on roadside billboards. With new means of marketing gaining traction in the last few five years, specifically social media marketing, many companies and businesses are wondering if traditional billboard advertising is still the most effective way to capture an audience’s attention. Why is billboard advertising important? Let us tell you exactly why billboard advertising will remain as one of the most effective ways to reach your target audience now and for years to come.

Social media marketing is typically tailored to a very specific population of people, while billboard advertising is consumed by the masses passing by that billboard daily. When you consider why people buy a certain product or choose one brand over another, it usually boils down to familiarity. Customers will choose the brand or name that they are most familiar with and therefore, trust most. A consumer who drives by a billboard on a daily basis subconsciously becomes more familiar and comfortable with that brand overtime. The consumer online chooses which brands they want to interact with, follow on different social media sites, etc, but the consumer of billboard marketing is passively and subconsciously developing trust with a brand who has a billboard they pass multiple times a day.

A strong, clear marketing scheme is vital to the health of your company

Without a working marketing strategy, you will fail to bring in new clients and ultimately see a spike in revenue. The key to getting consumes excited and talking about your brand is by increasing exposure. Billboard advertising is one of the easiest and relatively inexpensive ways to create the exposure you need to attract interest. Of course the billboard itself, the messaging and images, as well as the placement and location are important. With all of these bases covered, billboard advertising can be one of the most effective ways to grow your company, with little to no effort on your part. If your company has been struggling to develop a marketing scheme that works, it’s time to give billboard advertising a try.

Why Use Billboards to Advertise?

In an age where companies can launch and promote their own services through various social media platforms, are billboards still an effective way to advertise? The short answer is YES. Despite other means of technology, billboards remain one of the most affordable, effortless, and effective ways to promote your brand among the general population. If you are looking to build your company’s brand and target new populations, an LED billboard is worth trying.

We understand you have other options when it comes to marketing and advertising. With other mediums out there, it’s fair to ask, why use billboards to advertise? Take a moment to consider how many hours the average American commuter spends sitting in traffic on any given work day. The one key element to increasing sales and brand recognition is to create a sense of familiarity between the consumer and the company or product. With a billboard, consumers pass the same familiar billboard day after day, and overtime build a fondness for everything from the company name, logo, picture, etc. The billboard cannot be closed or clicked out of as web marketing ads can. The billboard remains a constant, day after day, weaved into the fabric of the commuter’s everyday routine. The inability for consumers to escape or distract themselves gives the company a major advantage to sell to consumers.

How effortless billboard advertising can be

What surprises many of our customers is how effortless billboard advertising can be. Companies that have chosen to use social media as their sole means of advertising often feel like they can’t keep up or do not understand the tools well enough to maximize the tool and reach their marketing goals. Social media advertising requires a team of strategists who know how to use the marketing data and are willing to respond to consumers. With LED billboards, outdoor and mobile billboard advertising is visible all day, without you worrying about anything at all.