Placing an LED Billboard Next to High Traffic Areas

Billboards can be an excellent way to stand apart from the competition. Every company out there uses social media, radio, and television. It has become easier and easier for people to change the channel, station, or scroll past your ad. With billboards it can be different. There is now way to avoid them, they are right in front of you. As a business it is your job to make sure your billboard stands out. The easiest way to do that is by using LED. LED billboards call people’s attention and helps your ad stick out from the rest of your competition. Outdoor LED Billboards give you the opportunity you pick where people will see your ads. This makes it easy to place your ad in a high traffic area so you know you will get the most bang for your buck. Billboards may seem like an old fashioned way of advertising, but they have lasted the test of time and have prevailed. 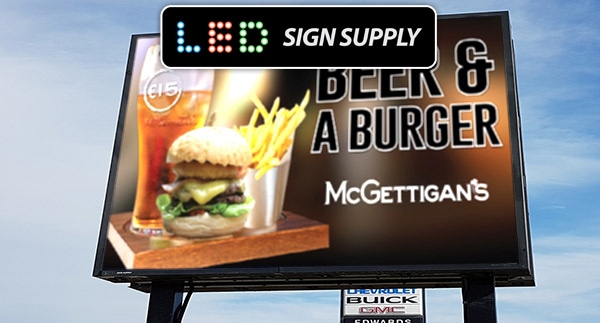 LED Billboards – Reaching the most amount of people, especially those in your target market

Imagine the extra attention and customers you could get with a LED billboard placed in a high traffic area. LED helps set your ad campaign apart from your rivals, who may also be using billboards. When it comes to advertising the name of the game is reaching the most amount of people, especially those in your target market. A high trafficked area will definitely bring in more people and help you reach more of your target market. If they’re a Dallas Cowboys game and there’s a road that most everyone will exit after it’s done, an LED Billboard in Dallas would work great! Or, you’re driving back from the L.A. airport on a busy road, and LED Billboard in Los Angeles will reach thousands! The more customers you can successfully reach the better your business will do. However it isn’t just enough for your customers to see your ad, it has to stick with them, a LED billboard helps ads do just that. LED billboards call for a lot of attention and helps potential customers remember what they see and what the ad is about. A normal billboard they might just pass by and not even remember seeing it. LED Sign Supply has a lot of different options available to choose from, so you can start reaching more customers now. If you want your business to be set apart from your competition then LED billboards are the way to go.

FacebookTwitterLinkedInRedditPinterestVk
GET AN ONLINE QUOTE!